by GIGABYTE | ดูสินค้าเพิ่มของ AMD AM4 (B450) 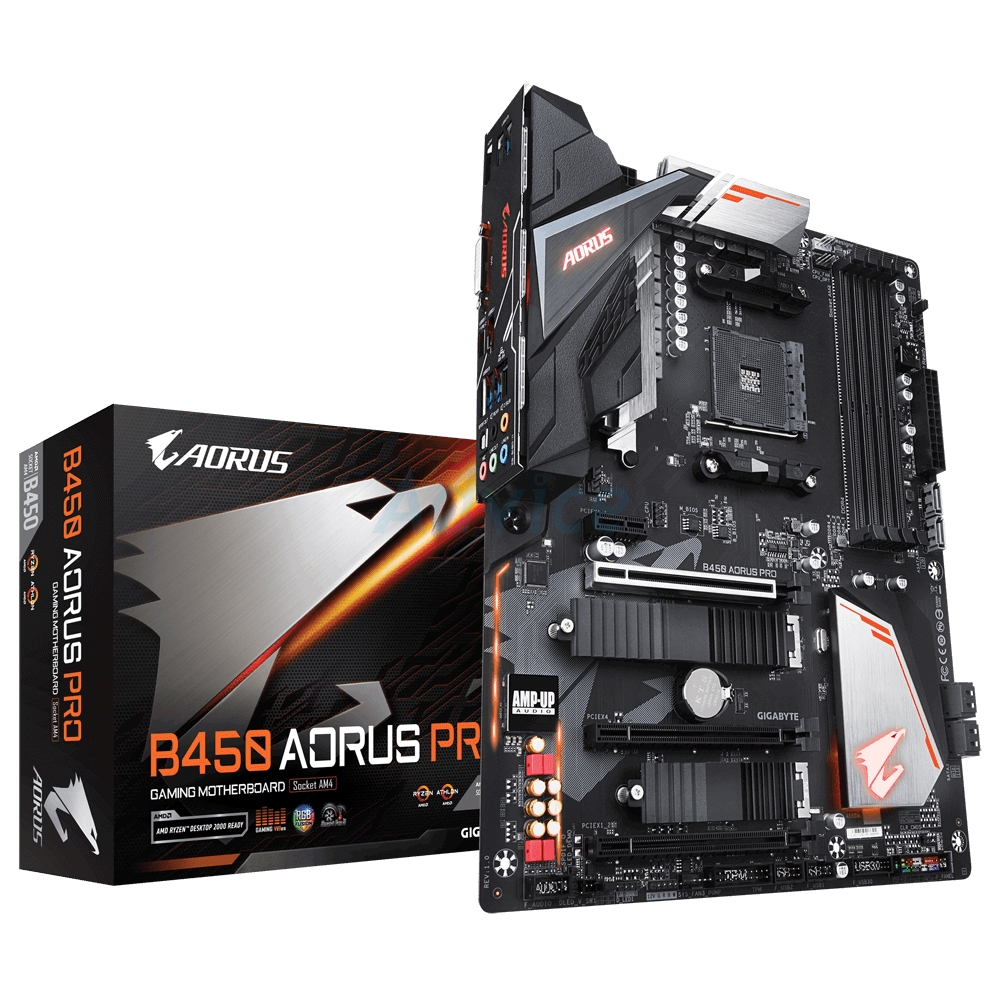 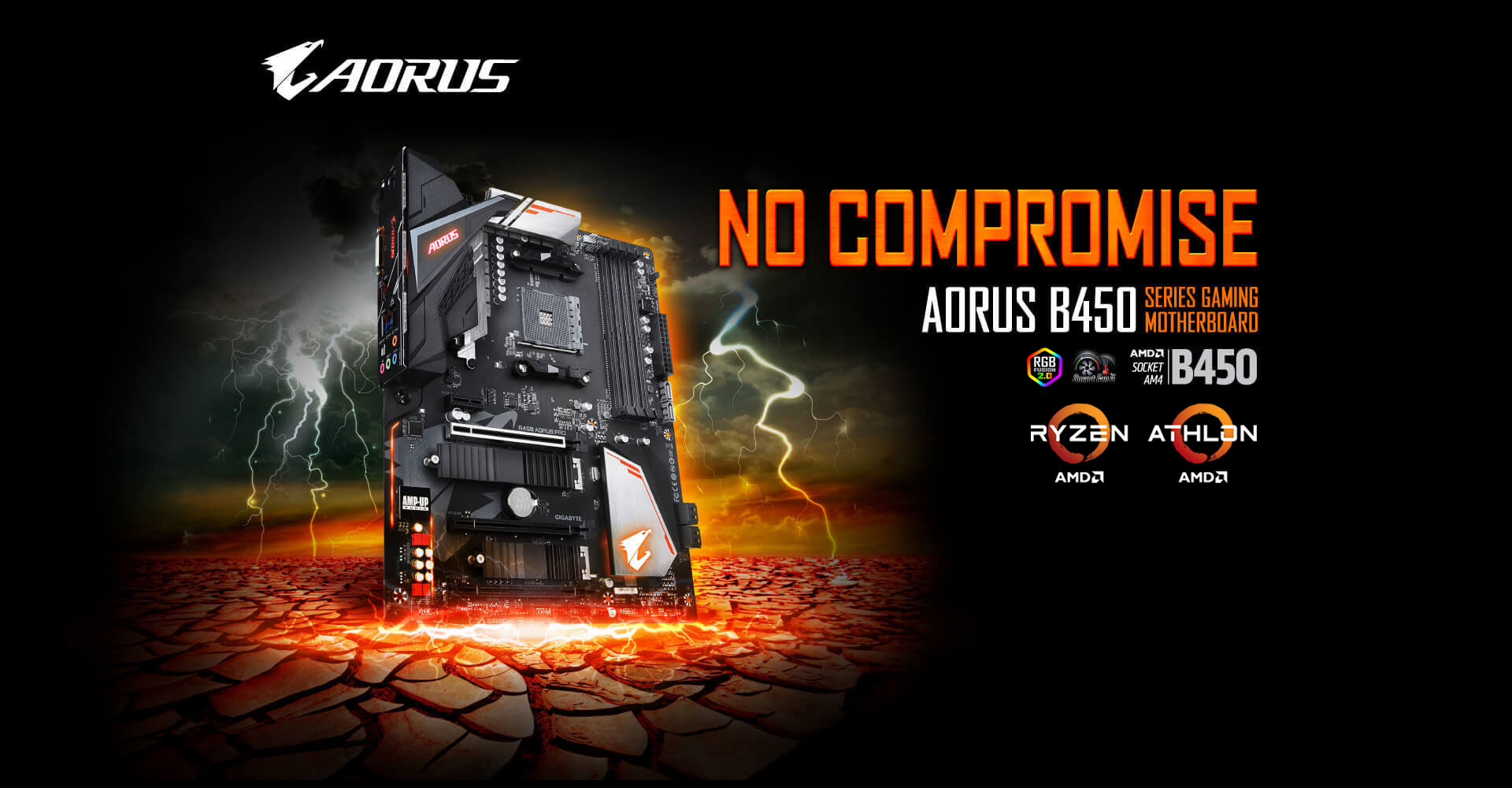 The AORUS Core is inspired by the falcon's aggressive nature and hunting prowess. The falcon uses its razor sharp talons to swiftly strike down its prey with exceptional efficiency and precision, qualities that are exemplified in the fine details of AORUS design. 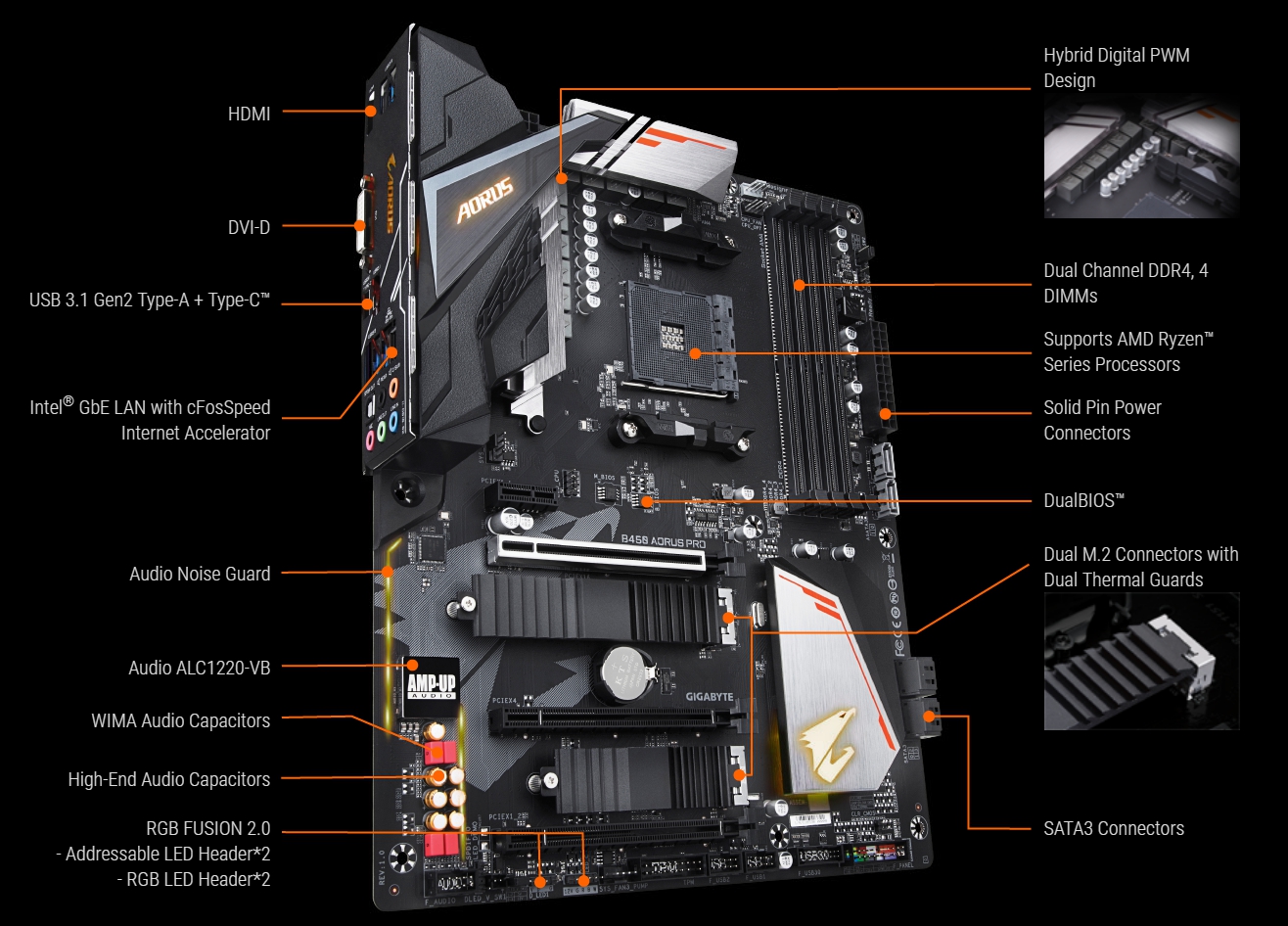 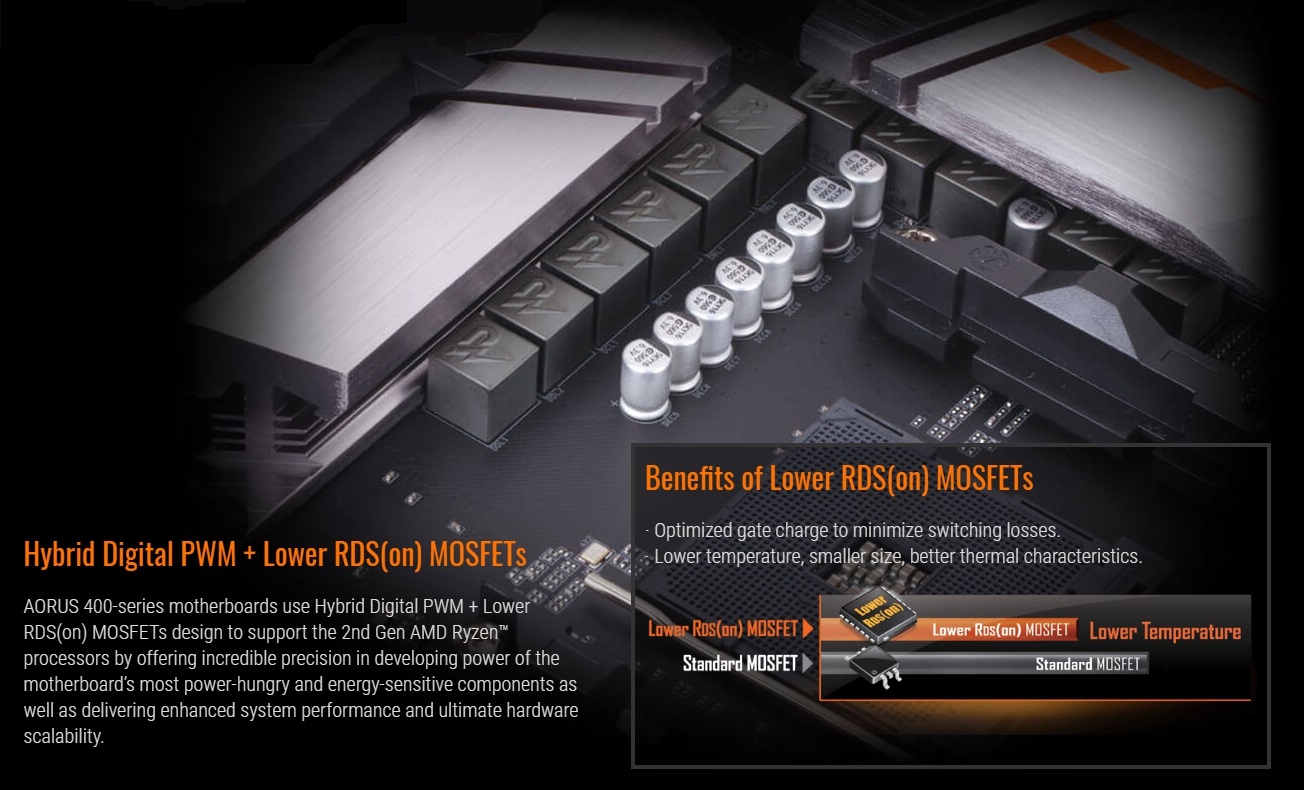 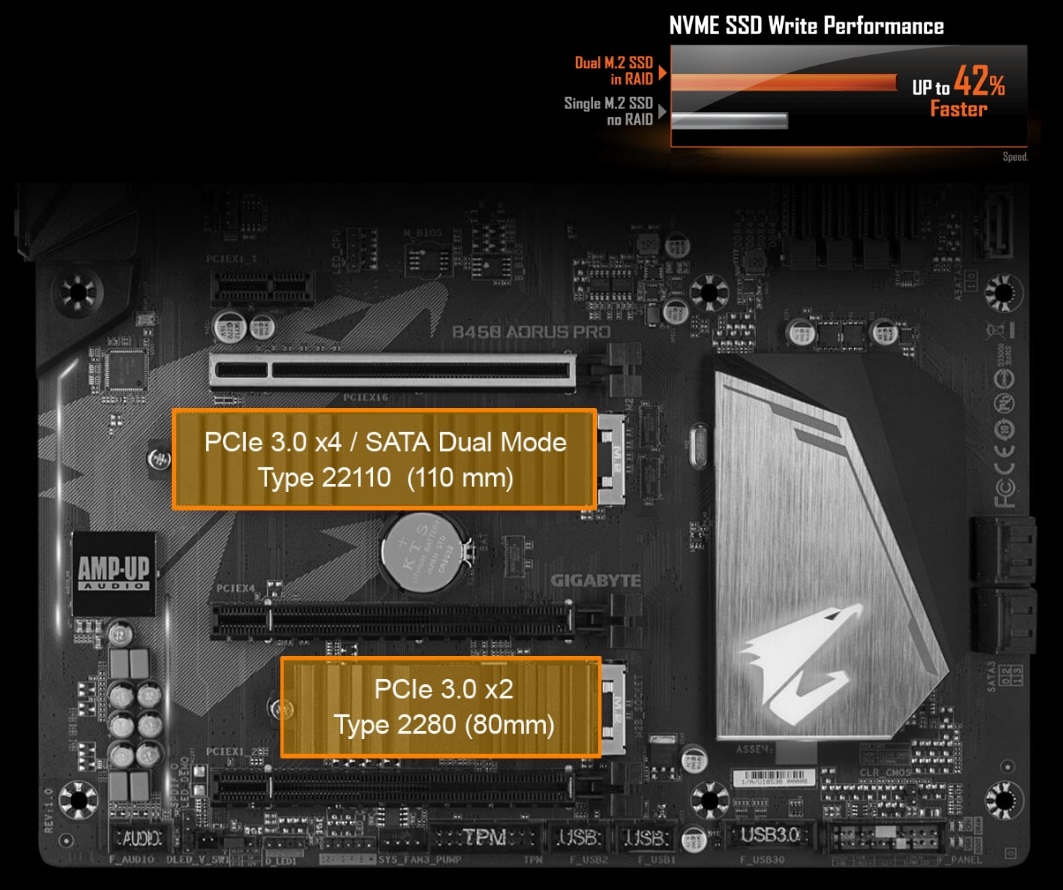 With Dual M.2s available on the AORUS 400-series motherboards, configuring RAID Arrays has never been simpler. 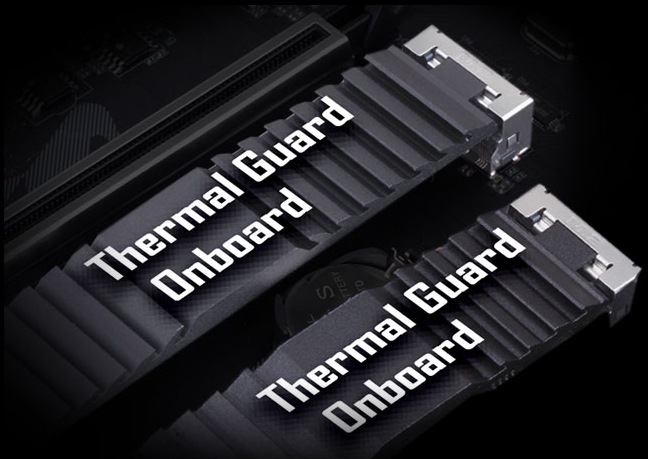 With durability in mind, GIGABYTE provides a thermal solution for M.2 drives. The M.2 Thermal Guard prevents throttling and bottlenecks from M.2 devices as it helps to reduce and dissipate heat before it becomes an issue. 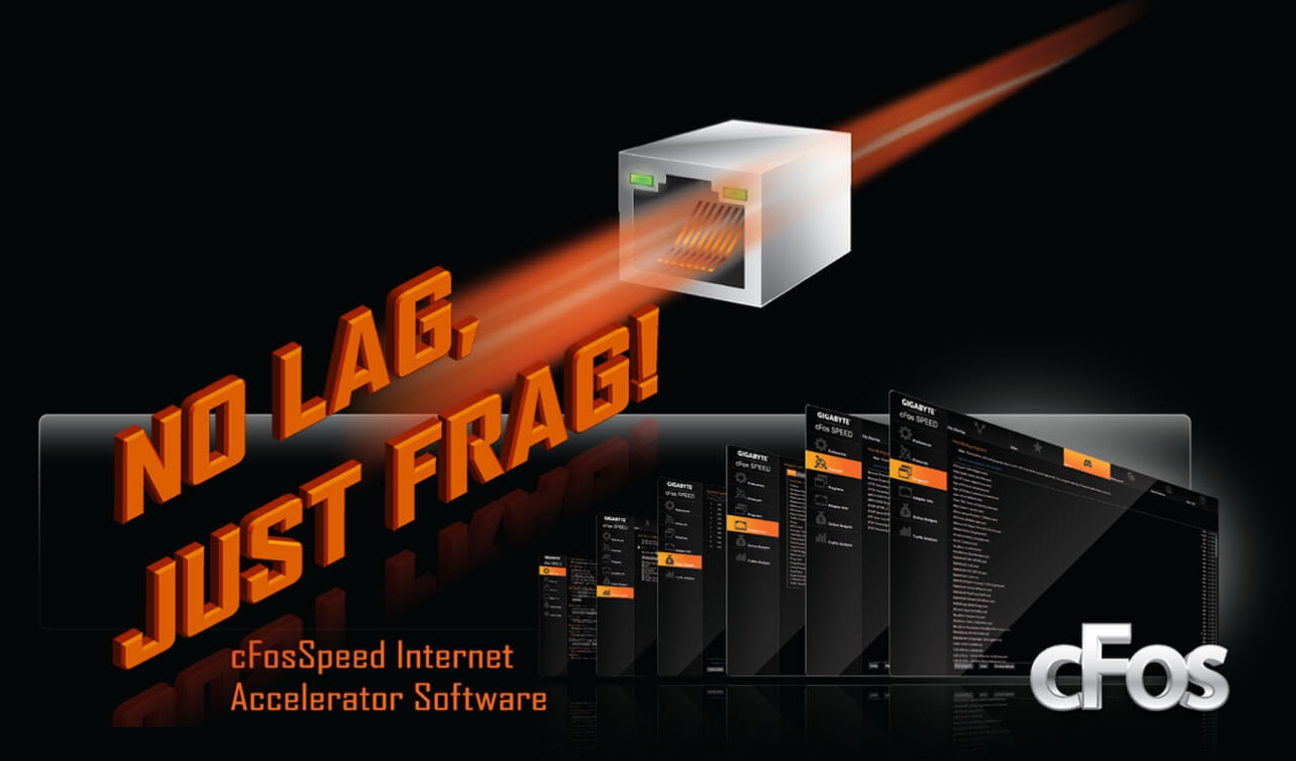 The AORUS motherboards boast a combination of Hi-Fi grade WIMA FKP2 capacitors and high-end Chemicon audio capacitors. While the high-end audio capacitors are suited for high-grade audio equipment, using state of the art technology to provide rich sound in the bass and clearer high frequencies, the WIMA FKP2 capacitors are being used widely in premium grade Hi-Fi systems. The addition of this to the exclusive AOURS AMP-UP Audio technology makes for the ideal onboard sound solution for the most demanding audiophiles. 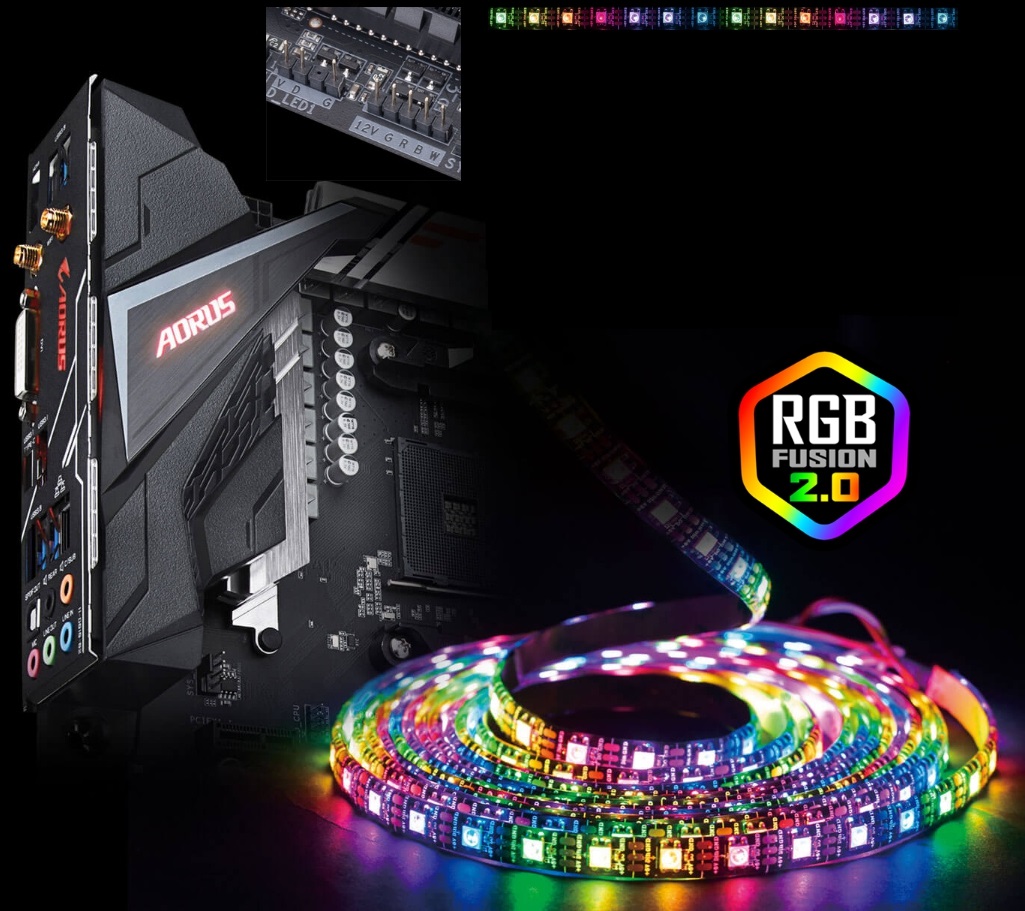 AORUS Gaming Motherboards will support either 5v or 12v digital LED lighting strips and up to 300 LED lights. RGB Fusion with Digital LEDs comes with 9 new patterns and various speed settings with more to come.